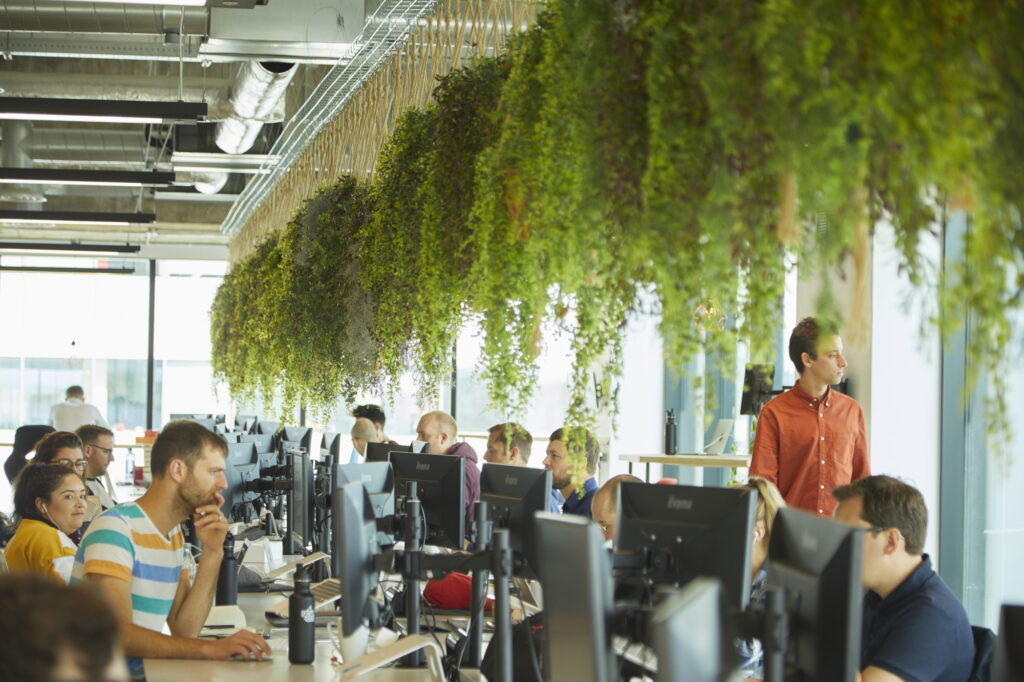 Peak is one of the UK’s leading AI and machine learning businesses, and it’s goal is to enable the mass adoption of AI solutions across industries including retail, direct-to-consumer, construction and manufacturing.

We first partnered with Peak in 2016, at a time when the business had only five employees and was at the very beginning of its journey. They had an ambitious goal and that vision was something we bought into from the very beginning.

Here we catch up with Richard Potter, founder and CEO, to take a look back at Peak’s funding journey and discuss their plans for the future.

About your business and its partnership with Praetura

Back in 2016, we won Tech North’s Northern Stars competition, a programme that was designed to uncover the north of England’s most promising early-stage tech businesses, and it was only after being involved in that programme that Peak really kicked off.

We had always been ambitious and we knew we wanted to grow, but part of winning that programme meant we had to go and pitch to Bloomberg and take a stand at the TechCrunch Disrupt conference in San Francisco – this was really the lightbulb moment that made us realise Peak’s potential, we just needed the funding to scale.

We kicked off a funding round and prepped ourselves for meeting lots of different angel investors in London. Some of those angels introduced us to Praetura who, as a Manchester-headquartered business, they felt could add a lot of hands-on support being located close to home. I met Mike Fletcher at Praetura, and after a 30-minute meeting at Manchester Airport we just clicked – we made the decision very quickly to partner with Praetura to lead our seed round. They’ve been on board ever since and Mike was also our chairman until our Series A funding round in September 2017.

We’re almost four years on precisely to the date Praetura first invested in Peak, and they’ve been on a very similar growth trajectory. Back then they were a much smaller team and they didn’t have an investment fund in the way they do now, but the culture of the team and the overarching support they’ve provided has always been consistent.

The team at Praetura helped us to pull together seed funding in 2016 and they have never wavered in their support since. They’ve invested in every follow-on funding round, brought us business by introducing us to contacts across their network, and this has really helped us grow and expand the business.

The team has also been hands-on when we’ve needed their support. From Ben Hatton helping run our marketing team while we were in the process of hiring our own CMO, to acting as a mentor once they were in post, and Pete Carway acting as our interim finance director, before taking on the role permanently for a period of time.

We’re a really close team with a broad, positive relationship and I’d like to think that shows in the results we’ve been able to achieve together.

The one thing that I believe has paid dividends investing in our people, culture and values straight away after the seed funding. Lucy, our head of people, joined before we had a team and together we built a strong management team before kickstarting our recruitment process. This made us very scalable early on – there was no bottleneck around our founders – and it created a great place to work. The one thing I’ve learned is that you should invest in your people and they will invest in your business.

There has been so much to worry about as a result of COVID-19 – both personally and professionally – but the main thing is that our team and their families have stayed safe, and the business is still doing well.

We reacted quickly, moving to remote working before the lockdown was officially announced and reacting on a cost basis before the furlough programme kicked in, which meant we’ve been able to retain all of our people – I’m proud of how we handled that.

At more than 100 days since the start of working from home, we’re all now really eager to get back into the office and see each other again, but we will be taking things slowly and will only head back when we know it’s safe to do so. In the meantime, we’re meeting up in small groups for a few fundraising activities.

We also doubled down on our client relationships to ensure stability through the crisis and are helpfully coming out of that now, with many of our accounts starting to grow again.

The pandemic has been a big accelerator for change when it comes to harnessing AI and its undoubtedly jumped our market forward. The opportunity available is now bigger than it was before as companies need to do even more but with fewer resources at their disposal, and that will be a positive trend for us to tap into moving forwards.

For many of our customers, they were already ahead of the curve having invested in technology before the pandemic and for our e-commerce customers, they’re now outperforming their competitors and doing really well.

What we’re doing is innovative and cutting edge. Companies that used to physically interact with people and are now doing it entirely digitally – personalising their experience as they do so – and AI is driving that forwards.

There are seismic changes going on in the world of consumer-packaged goods and retail-driven by that acceleration to e-commerce and different consumer behaviours – and it’s fascinating to be at the heart of that. The pace of change is so fast its opened the eyes of many business leaders and made them realise they need to adapt quicker than they thought when it comes to adopting new technologies, but as part of this, there is also still an education piece to do around AI and its impact on jobs.

AI is not here to automate jobs but to automate tasks and help people to be more productive with their jobs, grow faster and build stronger profit margins. I’d be more worried if I were working at a company that wasn’t investing in AI than one that was.

By the end of this year, we want to be the clear market leader in enterprise AI technology – 2021 will then be a real growth year for us to capitalise on that and expand into new territories. We want to be a true, global tech champion that is grown out of Manchester and Jaipur.

With the support of the Praetura team, we’re confident we can get there. We’ve always wanted to do things differently, creating a significant global tech company from a challenger location without being part of Silicon Valley was always going to be a challenge but if anything, the coronavirus pandemic has been a leveller for us. It has shown that we don’t need to be based in San Francisco to grow and scale successfully, and now with everyone working from home those businesses in Silicon Valley have no advantages over Peak. Manchester is the new Silicon Valley.

AI suits certain sectors more than others and we will remain focused on companies with certain characteristics, those with a high volume of transactions that generate a lot of data to harness algorithms. Many of these are in the retail and consumer goods sectors, but there’s also an increasing prominence of healthcare businesses that are moving to digital.

Ultimately, the fact that we now have machines that can think for humans has kickstarted the next industrial revolution. Humans have historically always controlled machines, but now we have a piece of technology that means computers can make decisions for us – this amplifies human potential exponentially. It’s not something to be scared of, it’s exciting – everyone, regardless of their role and industry, has the potential to become superhuman if supported by the right technology.